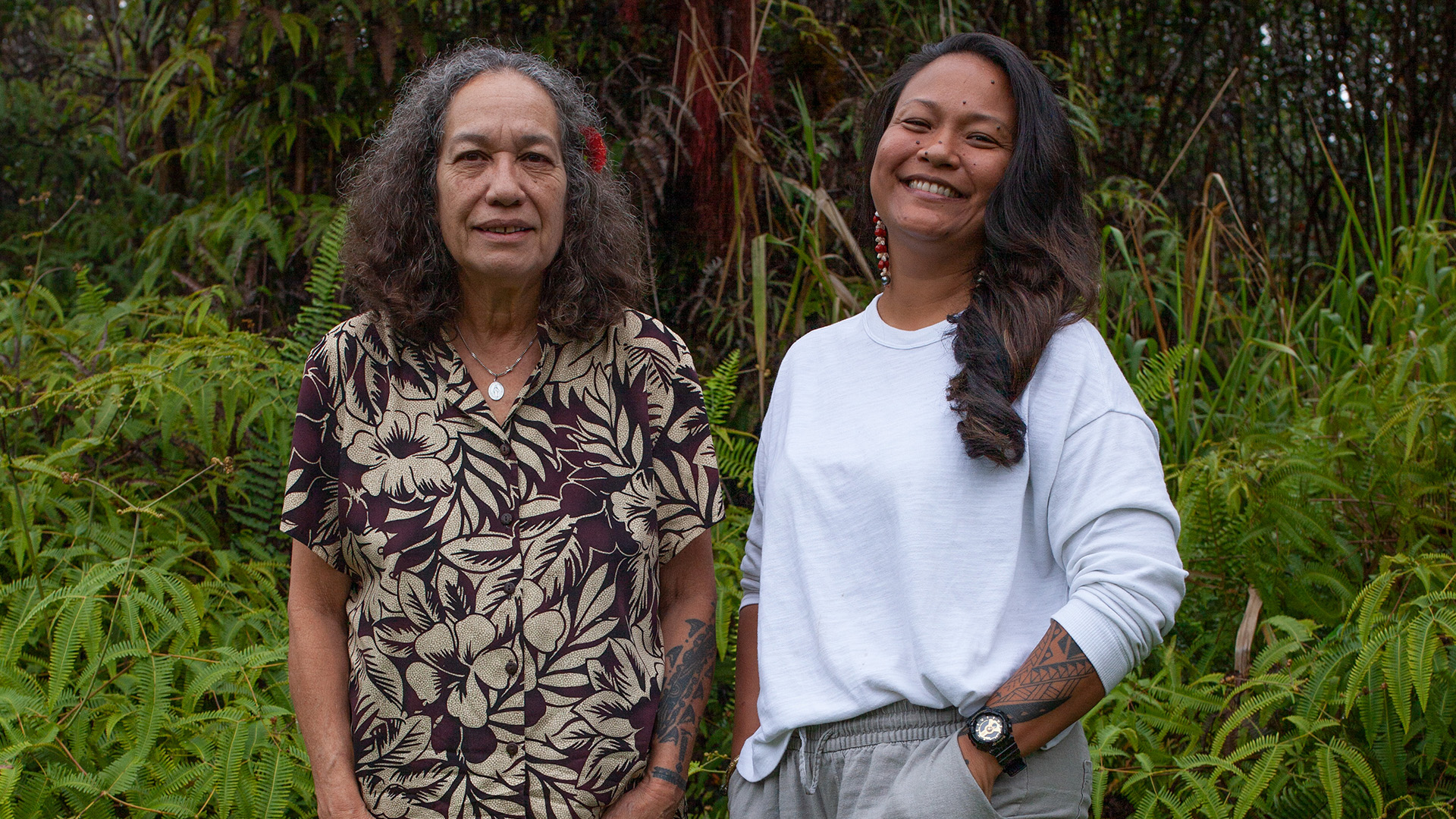 Native Hawaiian Mililani Trask may not be a household name, but her work is. She devoted sixteen years participating in drafting the United Nations Declaration for the Rights of Indigenous People. The United Nations General Assembly passed the declaration in 2007, recognizing the right to self-determination and articulating “minimum standards for the survival, dignity and well-being of the indigenous peoples of the world,” as stated in Article 43. This contribution and achievement would be anyone’s goal for a lifetime, but Mililani is still at work, still at struggle for justice for the Native Hawaiian people and land. A licensed and practicing attorney, Mililani is currently representing victims of child sex abuse at Kamehameha Schools.

Mililani was raised with Hawaiian values to live in a pono (righteous) way. She is a Hawaiian cultural practitioner and one of nine women who formed Kalalmakawalu for the purpose of learning traditional spiritual practice under Kumu Pua Kanahele. She is a member of Wahine Apapalani, the women practitioners of Mauna Kea. She has been arrested twice for protecting burials there. She is facing criminal charges for the second arrest that included thirty-four other Kupuna (elders). Mililani tells us that the aina (land) is our first mother. She embraces her kuleana (responsibility) to protect it and her people. If you ask Mililani, “Who are you?” She will answer, “He Hawaii Au, I am Hawaii.”

The breadth and depth of Mililani’s life work is weighty. She has devoted many years to state and federal legislation relative to Native Hawaiian rights and environmental issues. She currently has two bills in the legislative session, one on burial issues and the other for victims of child sex abuse. As a Hilo resident, she is a member of the Hawaiian Community, working on the protection of Mauna Kea, economic self-sufficiency, food insecurity, and community fundraisers for families. One of Mililani’s life-long efforts was KaLahui Hawaii, a Native initiative for self-determination and self-governance, establishing a national body of representatives for her people.

Mililani takes her strength, her power from place—from aina. “The aina feeds the people, and the people care for the aina.” She is a life force, moving with aloha.