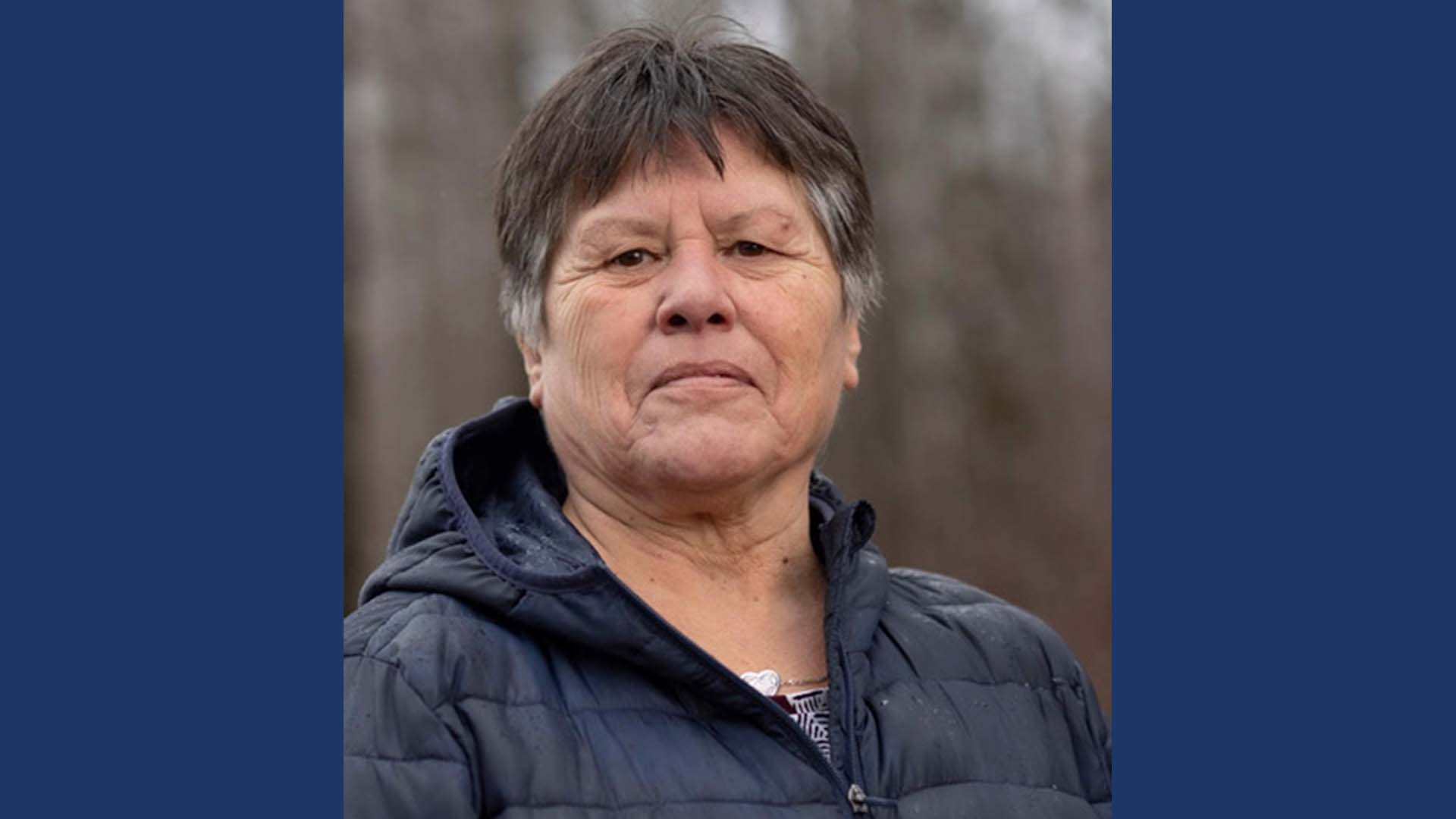 Watakhayetsxw
Has a Large Copper Shield

The traditional territory of the Gitanyow is a breathtakingly beautiful landscape in British Columbia. It is the homeland of Debra Good, and the place her ancestors and relatives have lovingly protected through their inherent title, jurisdiction and law. The Gitanyow are comprised of the Wolf Clan and the Frog Clan. Eight Houses occupy their traditional territory, four of the Wolf Clan and four of the Frog Clan. Debbie belongs to the Frog clan and carries the highest Chief name in her House.

Debbie’s territory is rich with resources and she was taught how to sustainably harvest from her land. She shares her knowledge of food sustainability in her community to promote food sovereignty. Using these opportunities, she teaches the language while processing salmon and moose. Her grandparents ensured she was raised in their language. She explains that within the language are “ways of knowing and beliefs and values that are integral to being a Gitxsan person.” Through her grandparents’ teachings she can fulfill the cultural duties in her role as a Chief and matriarch.

One of Debbie’s responsibilities in upholding a Chief name is to provide for her House members. She models and teaches traditional subsistence living not only as a right way to live, but also as an expression of sovereignty of her homeland. For the past twenty years, Debbie has been a negotiator for the Gitanyow Chiefs Office. In this capacity she speaks on behalf of the Frog Clan, promoting traditional practices for land management that will ensure resources for the generations to come. Debbie was involved in developing a Land Use Plan that bridges traditional knowledge with western science to preserve and protect their territory. The Land Use Plan was realized after 10 years of negotiation and 3 court cases. In September 2012, The Gitanyow Huwilp Recognition and Reconciliation Agreement was made between the Gitanyow Nation and the Province of British Columbia. Through this agreement, the provincial Crown has agreed to the land use designations and management objectives of the Land Use Plan and to legalizing them into Canadian Law.

As Debbie continues in her community role, she is sustaining traditional knowledge about male and female roles, parenting, rites of passage, traditional medicines, language, and self-sufficiency on the land. Her knowledge and life reflect the richness of her homeland. As she continues in her role politically, she sustains the territory from which her people come. She reminds others “The land has provided for us for thousands of years; it’s given us our language, our laws, our crests, our sustenance, and everything that makes us Gitxsan.” Debbie’s life is inextricably intertwined with her people’s territory “that has been passed down matrilineally for thousands and thousands of years.” She is following with tradition as she passes down the love for family and place to the generations to come.